San Daniele & Grana Padano – “The taste of origin and tradition”

San Daniele & Grana Padano – “The taste of origin and tradition”

mc has implemented the communications campaign “The Taste of Origin and Tradition” for the consortiums San Daniele and Grana Padano in the markets of Germany, Austria and the United Kingdom. The framework contract included an integrated campaign (Advertising, PR, in-store promotion) in the three target markets. The project was supported by the Italian Ministry of Agriculture and Forestry.

The goals of the campaign were to raise the demand for “Prosciutto di San Daniele” and “Grana Padano” cheese and to create awareness for the Protected Designation of Origin scheme (PDO label) awarded by the EU.

mc in particular was responsible to: 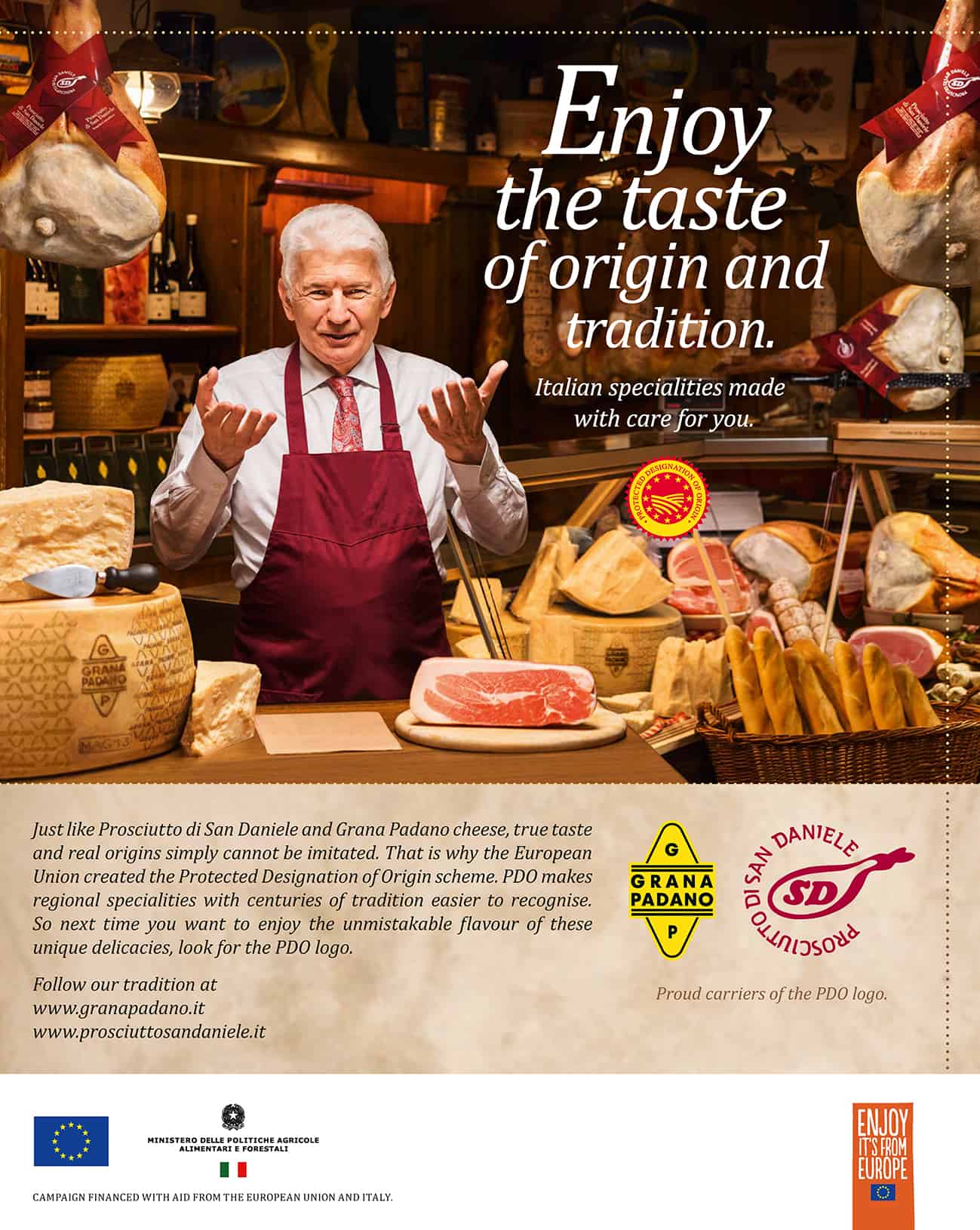 Non-essential cookies are all cookies that are not strictly necessary for the functioning of the website and are used specifically to collect the personal data of users. The data what we take are: analytics, ads, other embedded content. It is mandatory to obtain the user's consent before using these cookies on your website. The retention of application documents of rejected applicants is permitted for at least six months, only within the company, in view of the resumption of the application process.