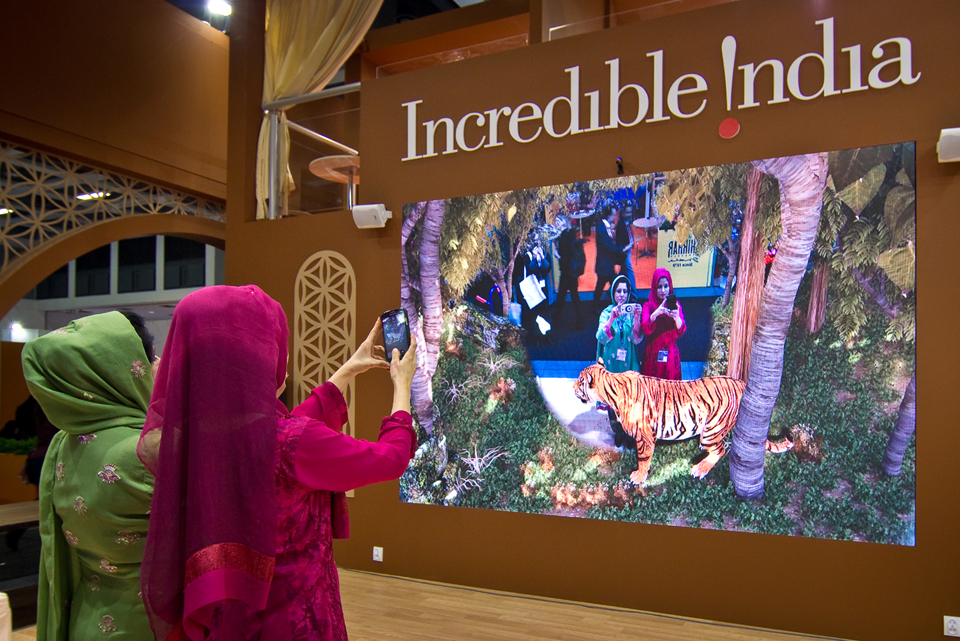 The tourism potential of India is immense. There is room for growth in regards to the Central European market, however. That is why lndia Tourism Frankfurt has entrusted mc Group with an integrated campaign in Germany, Austria and Poland.

Few holiday destinations deliver the promise of combining the traditional with the modern quite as well as India. Millennia-old temple complexes overwhelm the observer with their richness in detail. The hustle and bustle of urban life plays out amid the high-rise monuments of the modern era. India has so much more to offer. The breath taking landscapes of the often ignored north-east, for example, present enormous potential for eco and outdoor tourism, while ultra-modern convention centres could lead to growth in the MICE sector. These are just two of the opportunities that lndia Tourism Frankfurt is interested in developing. The goal is to position India as a destination where you will find hospitality and adventure 365 days a year.

The global communication network, mc Group, has been focussing increasingly on Asia over the past few years. At present, mc is developing a positioning strategy for Germany, Austria and Poland, which will be implemented using a broad range of measures. The agency is responsible for all media activities, organising press trips and conferences and supporting India at travel trade shows such as ITB and IMEX. The management of social media accounts, blogger relations and the creation of electronic press kits also form part of the assignment. Another key activity is establishing partnerships with tour operators and airlines, as well as event organisers from the MICE sector. mc Group uses its expertise in the realm of event management, for example, to organise seminars and workshops. “Winning this account represents another milestone in our commitment to the Asia-Pacific region,” confirms mc group CEO Harald Zulauf. “After our recent foray to the Far East on behalf of the European Commission, we are now looking forward to bringing an Asian economic powerhouse to the heart of Europe.” The agency’s last project in Asia was a campaign in China organised by Nanjing University of the Arts in conjunction with the EU. mc provided support by conducting an art design workshop and competition offering young Chinese individuals the opportunity to get involved in the creative design of the EU campaign in China. This event was designed to integrate artistic exchange, education and youth development, and it also served to raise the awareness and visibility of the EU campaign in China.

This event was designed to integrate artistic exchange, education and youth development, and it also served to raise the awareness and visibility of the EU campaign in China.