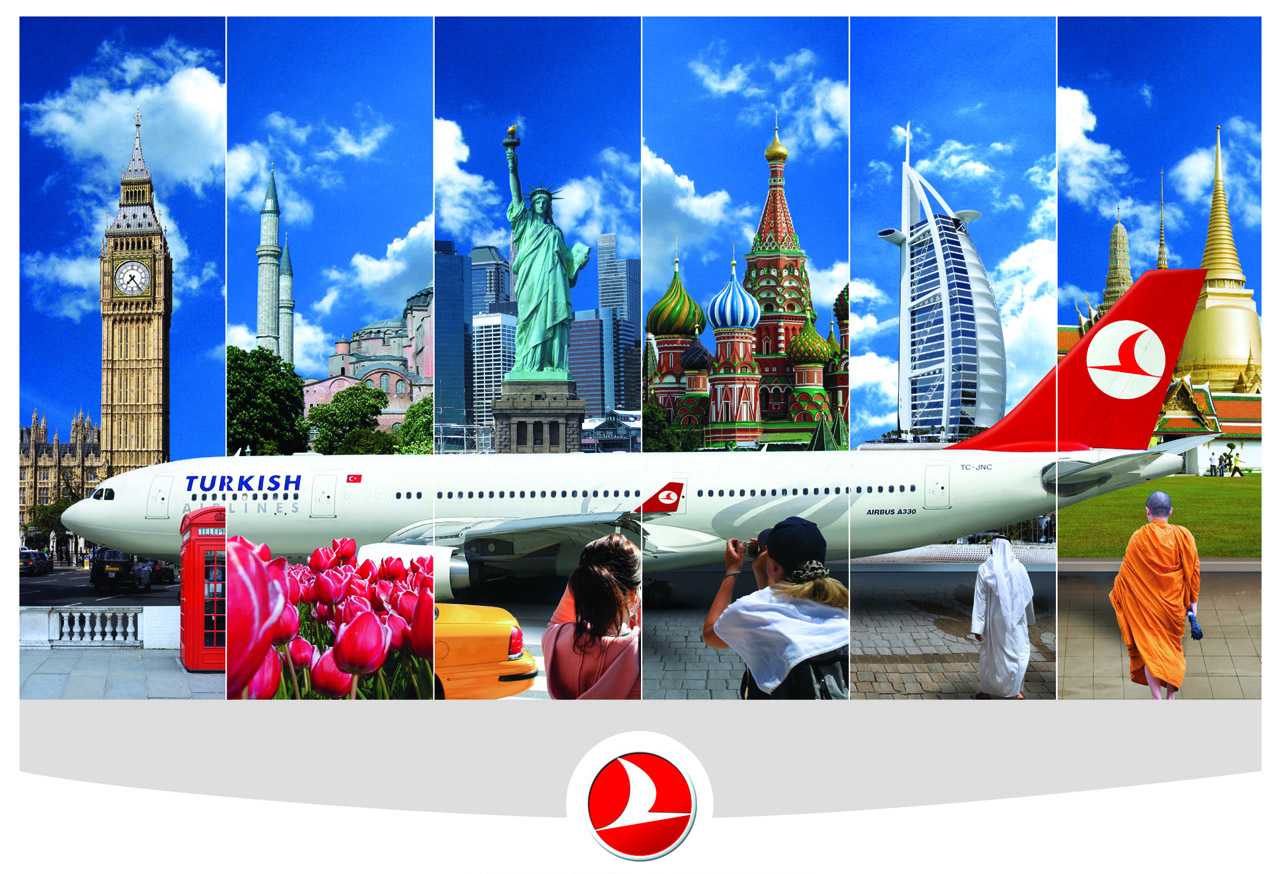 Berlin, 26 March 2018 – mc Group has become the European PR agency of Turkey’s best-known global brand: Turkish Airlines, the multi-award winning airline. With more than 300 destinations in over 120 countries, the airline serves more countries and international destinations than any other. In order to further expand Turkish Airlines’ market position in Europe, one of their most important global regions, mc Group will implement European PR activities in 13 countries through the mc Group network, with Berlin as regional hub.

Turkish Airlines has completed the year 2017 with a great success. The number of passengers in 2017 compared to previous year was increased of 9.3 percent and the flag carrier carried 68.6 million passengers. Compared to the previous year the load factor reached 79.1% by increasing 4.7 points. The flag carrier continued its success in 2018. For the first time in the history of Turkish Airlines, the number of passengers in January and February exceeded 5 million.

Exciting PR campaigns, high-profile sponsorships as well as social media activities planned for 2018 aim to make Turkish Airlines more visible and better known on all channels. Turkish Airlines’ image as a sustainable and socially-committed company will be enhanced through CSR projects and brand ambassadors. In order to strengthen the national flag carrier’s position as one of the world’s leading airlines, mc Group’s communications activities focus, in particular, on the high-quality travel experience with excellent service quality and outstanding cuisine.

"As the airline flying to more countries than any other, Turkish Airlines bridges continents and cultures. We are delighted that mc Group will support our PR activities in 13 European countries and we are looking forward to expand our dynamic growth and reach with excellent and exciting communication ideas and campaigns", stated Senior Vice President Corporate Communications of Turkish Airlines, Seda Kalyoncu.

“As a longstanding passenger of Turkish Airlines and a fan of their excellent service and top quality products, I’m proud to be onboard with their global brand. I look forward to establishing a strong relationship during this important phase for them as they continue to expand through their network and with the opening of the new airport in Istanbul in October 2018", so Harald Zulauf, CEO of mc Group.

The mc Group is responsible for the coordination of the PR campaign across 13 European markets, implemented through mc network agencies in France, Italy, Spain, Austria, the Netherlands, Switzerland, Norway, Sweden, Greece, Azerbaijan, Ukraine and Russia, alongside its native Germany office. Additionally, mc Group has developed a global PR strategy, which will be implemented in all countries approached by the airline.

These integrated campaigns will include a stronger focus on public affairs and CSR measures in certain key countries such as Germany and France, to accompany PR activities that boost the public image of the airline.

In Germany, the most important market other than Russia, the mc Group also devised a strategy, which contains a wide range of PR campaigns.

mc is a fully integrated communication agency and provides all communication disciplines in-house. Over the last several years, mc has become the only German-led global agency network, consisting of more than 80 network agencies present in all 28 EU Member States and the economic centres worldwide.

Today, mc is the largest independent PR and advertising agency in both, Germany and Europe, and is also market leader in the fields of corporate branding and communications, political communications and nation branding. Our global alignment makes us an attractive partner for national as well as international campaigns.

Fully integrated, the mc Group offers services in the areas of national and international PR (public relations), creation and advertising, digital, event management as well as corporate communications, broadcast (TV, Radio), sport and entertainment and media planning. mc brings together all the different forms of communication to create an overall strategy and develops integrated campaigns that are tailored to our clients' needs. As our specialist units can take advantage of synergies and cross-promotional effects, our clients benefit in various ways: no unnecessary briefings, no exuberant need for coordination between agencies and most of all more effective, integrated communication. More information about mc Group can be found on its official website www.mcgroup.com

Established in 1933 with a fleet of five aircraft, Star Alliance member Turkish Airlines is a 4-star airline today with a fleet of 328 (passenger and cargo) aircraft flying to 302 destinations worldwide with 253 international and 49 domestic. More information about Turkish Airlines can be found on its official website www.turkishairlines.com or its social media accounts on Facebook, Twitter, Youtube, Linkedin, and Instagram